PLACE TO VISIT IN DELHI

Today I am going to Tell you about PLACE TO VISIT IN DELHI and its Some History and Best Place to go and Which Type of  Dishes you can eat and Share with your friends.

Lets Talk about little bit history of Delhi after that I'll explain about Best Tourist Place in Delhi.

As we all know about Delhi is the Capital of India. Which is also one of the 9 Union Territory of India and also Delhi comes under National Capital Territory like:

There is a lots of thing to know about History of Delhi, India.
But I am only briefing about that. Everyone wants to know from where Delhi Word came into existence.
So According to History of the Legend, Who has known by the name of Raja Dhilu, The Delhi city was named after him.
He was the King who reigned in the Region in the 1st Century BCE(Before Common Era).
Before "Delhi" It's name has Changed lots of time which makes us interesting to know about that.
Before like it was known by the name of like: "DHILLI", "DILLI", "DEHLI", now It is known as the Name of "DELHI".

BEST PLACE TO VISIT IN DELHI 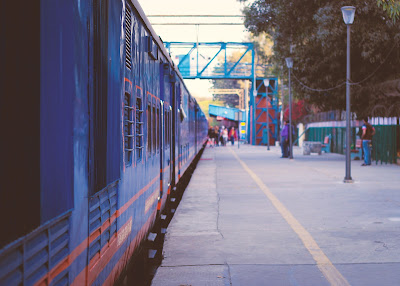 Image by Pexels
In the State of Delhi, New Delhi is being the most Attractive Place for the Tourist for a long time. 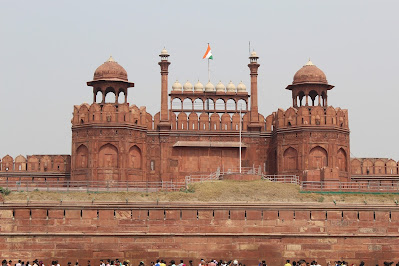 Image by prajapatiharsh
In the State of Delhi, The RED FORT aka (LAL QILA) is an Embodiment or Epitome of the Era of Mughal in India, and It is the most Attractive or Appealing place for the Tourist.
The Red Fort Built in at year 1638, It was the very Creative and Amazing wonder created by the Mughal Architecture.
The RED FORT (LAL QILA) was declared a UNESCO World Heritage Site in 2007. 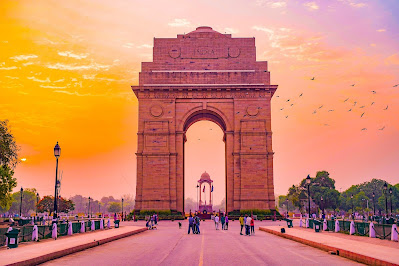 Image by shalender kumar
INDIA GATE is One of the Rarest or very Prestigious WAR MEMORIAL Place in Delhi, India. INDIA GATE was Built in the year of 1931 as a Memorial For the Martyrs Of WW(World War) I.
INDIA GATE seems Astonish at the time of Night. The Eternal Flame burns Day and Night under the Arch to reminiscent the Nations of Soldiers who Fight for our Country and their Sacrifice always be remembered by the Country and Countrymen.
In Night time, India Gate is dramatically floodlights , when the fountain's nearby to give an Amazing Views and Because of Bright and Attractive Color it looks Amazing, Which makes the Night happier than Ever.

INDIA GATE is one of the prestigious and Largest War Memorials in India.
INDIA GATE had been Completed in 10 Years, The Foundation Stone of INDIA GATE had started at 1929.
AMAR JAWAN JYOTI in INDIA GATE was unveiled on 26th January 1972, by Our Honorable Prime Minister Indira Gandhi.
In Republic Day Parade is more Prestigious and Astonish Parade takes place at INDIA GATE. 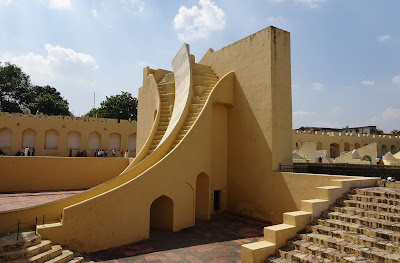 Image by Bishnu Sarangi
An Monumental Wonder is situated in Delhi, and Most Important part is in the Right of the Delhi like Heart. It was built in 1724 by Maharaja Jai Singh II of Jaipur.
The JANTAR MANTAR of the Precious Piece of  Architecture in the form of a Sundial.
It is one of the Five Observatory that were erected in different place and the biggest one which is Located in Jaipur.
And another 4 one is Located in Varanasi, Mathura and Ujjain. It is dominated by huge and extremely big Sundial and houses and other instruments.
Built By: Maharaja Jai Singh II
Built In: at 1724
Opening Hours: Sunrise to Sunset
Visit Place: The Huge Indian Flag and The Largest Tiranga at Central Park, Cannaught Place. 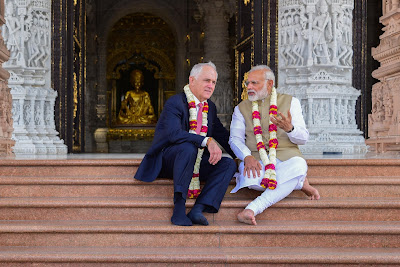 Image by CHANDAN SHAH
AKSHARDHAM is one of the Holy Place of India and also One of the Largest Temples in the World.
In the ancient history 'AKSHARDHAM' means the divine of abode of God or Home of God. It is hailed as an Eternal(which never ends) place of devotion as well as purity and peace.
AKSHARDHAM Temple inspired by HH Yogiji Maharaj (1892-1971 CE).
The Exhibition inside the temples belongs to Hinduism, including Bhagwan Swaminarayan's Lifeand teaching such as Compassion, Prayer, and Non-Violence.
Each Element or parts of AKSHARDHAM echoes with spirituality Like: - Mandir(Temple), the Exhibitions and even the Gardens. It was built in 6th November 2005.
It was Constructed by Bochasanwasi Shri Akshar Purushottam Swaminarayan  Sanstha also known as BAPS. When it was building over 8000 volunteers across the world participated.
FACTS AND FIGURES:
Built by: BOCHASANWASI SHRI AKSHAR PURUSHOTTAM SWAMINARAYAN SANSTHA (BAPS).
Built in: 2005 (06th Nov 2005)
Visitors in Hours: 300,000,000
Opening Hours: 09:30 to 18:30 / 06:30pm.
Website: www.akshardham.com 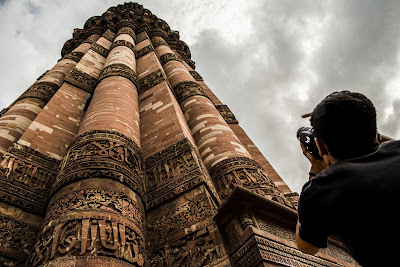 Image by mrkaushikkashish
Qutub Minar also one of the best Place to visit.
Which also represent the finest History. It was built in 13th Century which is a few Kilometer from south Delhi.
Qutub Minar Architecture are 72.5m high which is astonishing, Its tapering from 2.75m in Diameter and most important is its peak to 14.32m  at its base, and alternating angular and rounded flutings.
Built By: Qutub-ud-Din Aibak
Built In: Around 1192
Opening Hours: Sunrise to Sunset, Monday Closed